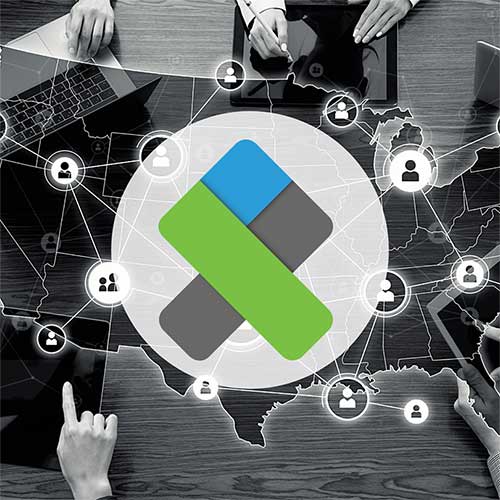 Tampa-St. Pete’s next tech unicorn could be insurtech TypTap

TypTap, a Tampa-based technology-enabled homeowners and flood insurance underwriter, could have a valuation topping $1 billion by the end of 2020.

That would make TypTap, a subsidiary of HCI Group Inc. (NYSE: HCI) , the latest tech unicorn in the Tampa-St. Petersburg area.

TypTap, which just announced a national expansion, is HCI’s engine for growth, said Paresh Patel, HCI CEO, in a conference call with analysts on Thursday.

It uses proprietary technology including software, data, data analytics and artificial intelligence to simplify the insurance experience for agents and prospective policyholders, through an online platform that can quote and bind policies quickly and efficiently, Patel said.

TypTap’s nationwide expansion should drive accelerated, highly-profitable top-line growth for the foreseeable future, according to an Aug. 6 report from analysts at JMP Securities.

That report cited the recent initial public offering of Lemonade (NYSE: LMND), a New York-based rental and home insurance tech startup. Shares of Lemonade currently trade at about 12 times their estimated gross written premium for 2021, a key metric for investors to value the company. JMP said it did not have a standalone premium estimate for TypTap in 2021, but using the $100 million premiums-in-force target for year-end 2020, “it would imply TypTap is worth $1.2 billion,” the JMP report said.

TypTap was launched in 2016 with a focus on Florida. Its roots go back to about 2012, when HCI’s initial insurance subsidiary, Homeowners Choice, was assuming policies from the state-run Citizens Insurance. “Once the opportunity there became less and less, we took a step back and said, where is this business going and what do we need to do in order to prepare for the future of the insurance business,” Mitchell said. “When we were developing a lot of these technologies they hadn’t coined the phrase insurtech yet.”

A key step was figuring out how to solve problems faced by independent insurance agents, who said they needed help to become more efficient.

“I think that’s the important thing. You can develop cool technology and cutting-edge technology and no one shows up. It’s useless. So we took a step back and said, the insurance business is fairly antiquated and a late adapter to innovation, so how do we go about using technology to change how people quote and bind policies,” Mitchell said.

The company began collecting its own data in 2012, when data aggregation was not as prevalent as it is currently. HCI gathered its own geocode information on each of about 5 million Florida homes, in some cases going to individual homes to get data not otherwise available. The company built software to interact with the database, and TypTap became the vehicle to utilize all the technology.

Nationally, there’s a $105 billion opportunity in homeowners insurance, Mitchell said. Mitchell doesn’t expect to capture all of that but will focus on policies that will be profitable.

Not every tech startup can say it is profitable after five years, but for TypTap, profitability is key.

“If I am signing up with an insurance company I want them to be profitable, so if there is an issue they have the financial capabilities to pay for it. They’re not waiting on the next funding round to pay for it. The technology and analytics are great, but at the end of the day, we have to run a profitable enterprise,” Mitchell said. “We have over 30,000 clients in Florida and we’ve made a commitment to those people.”

The company initially will expand to 20 states, pending regulatory approvals. The states were chosen based on data analytics, Mitchell said.

TypTap has about 70 employees and is “always looking for talented people.” Prior to the Covid-19 pandemic, the company’s workforce was in Tampa and Ocala, Florida. Now, it’s completely remote, Mitchell said.

Patel said the goal is to maximize TypTap’s value for shareholders. “We plan to do this through continued organic growth, expanding into additional states. Additionally we will explore strategic opportunities which could include outside investment, joint ventures, licensing or even a spinoff,” Patel said.

HCI, one of the largest companies headquartered in the Tampa-St. Pete area, had net income of $8.9 million, or $1.08 a share, for the second quarter of 2020, compared with $7.6 million or 90 cents a share in the same period a year ago.

The company also announced it closed on the sale of its headquarters building in the Westshore area for $47.5 million. The property was bought by the State of Florida as part of a planned road improvement project. HCI has the option to occupy the headquarters property for up to three years after the sale.