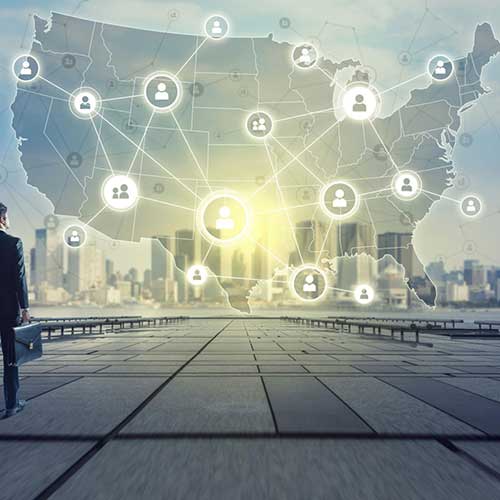 “We put all this time, commitment and effort into building this technology,” president Kevin Mitchell said. “Why would we only limit it to Florida?”

TypTap is one of a growing number of private insurers providing flood insurance in Florida. Founded in 2016, it rates flood risk based on an individual home’s specific situation, as opposed to the zone approach the federal National Flood Insurance Program takes, rating homes in blocks.

The planned expansion, Mitchell said, has been in the works for the past year. Its national push will focus on its home insurance component, with a target of $5 billion in premiums by 2030. TypTap also assesses risk for homeowners insurance on an individual home basis.

Initially, TypTap will focus on clusters of states concentrated in the Southeast and Midwest. Before it will be allowed to officially expand, the Florida Office of Insurance Regulation will need to give its approval.

“I think a big piece of our growth is our independent agents adopting our technology,” Mitchell said. “One of the things they’re searching for is efficiency.”

TypTap currently works with a number of independent insurance agents around Florida.

Mitchell said the company has no plans to move its headquarters outside of Florida with the expansion, and is currently hiring. The company does not currently have an estimate for the number of jobs it expects to add in its national expansion either in Florida or elsewhere.

“We love it here,” he said. “We think it’s a great environment, and we’re excited to stay here.”