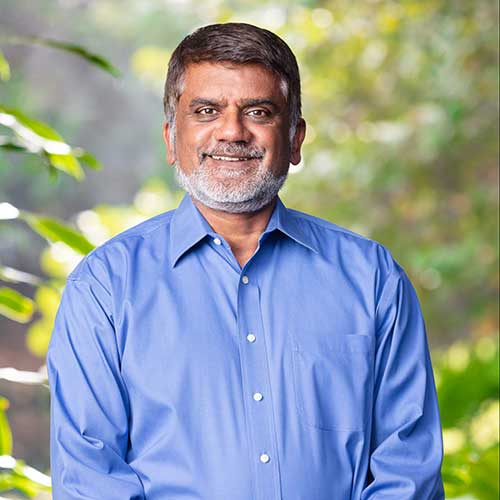 Paresh Patel, chairman and CEO of HCI Group Inc., could see the writing on the wall in 2012.

Insurance, one of HCI’s key business operations, was ripe for disruption.

“We wanted to be the disruptor instead of the disrupted,” Patel said during the Tampa Bay Innovation Center’s recent Tech Talk.

The answer was Exzeo, a startup that develops the software and technology that an insurance company of the future would need.

Exzeo’s proprietary technology is used by TypTap, an HCI subsidiary that launched in 2016 and that writes homeowners and flood insurance. TypTap is one of the fastest-growing insurtech companies in the United States with $100 million in revenue.

Related: Tampa-St. Pete’s next tech unicorn could be insurtech TypTap

Exzeo, launched in 2012, now has a staff of more than 150 people, including 44 people at HCI’s Tampa headquarters and the rest in Noida, India.

“It is possible to build a technology company from scratch in Tampa Bay with Tampa Bay talent and make it a world class competitor. We have done so and we did it with local talent,” Patel said.

Here are the four lessons Patel offered for building Exzeo.

Drop your baggage. Leave the past behind and imagine the future.

Patel recounted how the late Steve Jobs of Apple developed the Macintosh while Apple II was still a very successful product. Jobs took a group of product managers and engineers to a completely different building to work on the Mac, so they weren’t distracted by the day-to-day issues and pressures of Apple II.

Patel did the same thing in starting Exzeo.

“We found new space in the building and said that is where Exzeo is going to start and we won’t burden them with any of the regulations we have with the existing business. That got everyone thinking about what could be, not the challenges they have today. As that took hold, they got bigger and better,” Patel said.  “At some point, when it got really good, we didn’t try to migrate it back into the old business. The lesson was, you migrate the new business into the existing systems. That’s what we’ve done.”

Create a culture of success with inspirational leaders.

In football, the quarterback is not the biggest player on the team, but his job is to lead and inspire the team, Patel said.

“The Bucs changed one quarterback from last season to this season and the results are materially different. It shows how much difference the right culture can make,” Patel said. “I needed those kinds of leaders, the Tom Brady’s, for this new startup.”

Three key leaders at Exzeo, all people Patel had previously worked with, inspired the people who work for them to do a little better, try a little harder and see what they could achieve together.

“As the culture has spread to now 150 people, you have to have a core set of values that ties everything together,” Patel said.

Look for employees with passion.

Exzeo has workers who are new graduates of University of South Florida, University of Tampa and other schools, as well as seasoned employees from other technology firms. Despite differences in experience, when someone throws a ball, the successful workers will pick it up and run with it, Patel said.

“If you are trying to innovate, free up people’s mindsets from the past to think about what they could do in the future. That galvanizes you into wanting to solve a problem,” he said. “It’s important to be competitive on pay and benefits, but one of the lessons we found out is that you don’t need to be the most competitive and the highest-paying. It’s more important that you are passionate about what you are doing … If you attract people who are only interested in the maximum amount of dollars, you will pay a price for it culturally. What will happen is people come for the money and people leave for the money.”

Patel didn’t need to make investor pitches to fund Exzeo, because HCI Group already was an established firm with revenue to support the startup.

But he did offer advice on funding, based on his experience raising about $13 million to launch HCI.

“I talked to 500 people and 400 of them said no right off the bat. They not only said no, but they said, are you out of your mind,” Patel said. “Of the 100 that were left, 76 people collectively put up the $13 million. The lesson, it isn’t about all the people who said no, it’s the 76 who said yes. They saw the same business plan everyone else did, they took a chance and wrote a check … Writing a check is an act of faith and when people give you that act of faith you try to live up to the expectation.”

Patel also raised money for NorthStar Bank, a Tampa financial institution that he helped launch in 2006 that later was acquired by Seacoast Banking Corp. of Florida.

The key in both funding efforts, he said, was to focus the pitch on return on investment.

Most of his investors were local — people he met in coffee shops, or friends of friends — all of whom believed with passion in the idea he pitched. “It’s amazing how quickly word spreads, even here in Tampa,” he said.