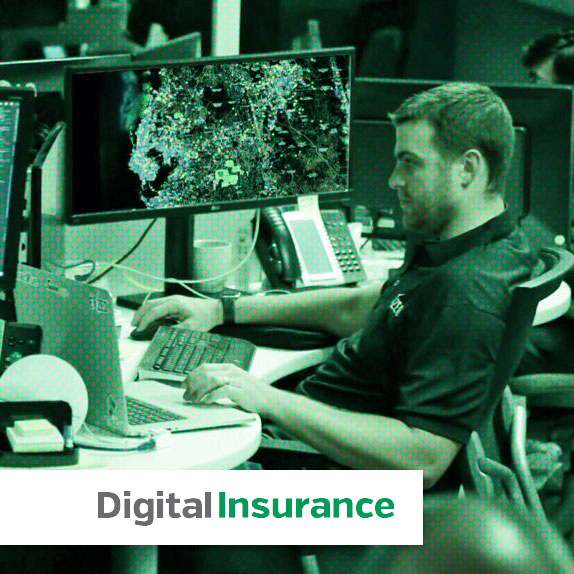 When Apple’s Siri was an infant and Amazon Alexa yet unborn, TypTap’s founders began discussing the creation of an automated, data-driven, profitable insurance carrier unlike anything that existed.

“In early 2012, we asked ourselves how insurance would be purchased in 2030,” explains Paresh Patel, chairman and CEO of TypTap parent, HCI Group. “We envisioned people speaking their name, address and the type of insurance into a mobile device to receive quotes from which they could select and digitally sign. We felt it was better to make the leap to become such a disruptor rather than be run over by one.”

Although TypTap would eventually launch as the vision’s manifestation, HCI began its journey in 2013 by establishing a technology subsidiary, Exzeo, for building an insurance platform that harnessed mobility, big data, analytics, and AI at yottabyte (1 trillion terabytes) scale.

“Although we don’t have that much data yet, our repository grows each day,” says Patel. “This will enable making better underwriting decisions as we expand.”

According to Patel, the automation platform takes a Google-esque approach, rather than using API integrations. Among other tasks, this enables completing about 58 underwriting steps in 300 milliseconds. “Using APIs to gather underwriting data from third parties at the point of request inhibits speed,” he says. “Instead, we wanted to collect and analyze data ahead of time so a bot can quickly go retrieve the required information.”

Testing the flood waters
Meanwhile, TypTap’s business structure also took shape. “In addition to streamlining acquisition, renewal and analytics processes with technology, it was critical to underwrite our policies and be profitable from the start,” says Kevin Mitchell, who came aboard in 2013 and is now TypTap’s president.

With the ingredients ready, TypTap debuted in early 2016 with a Florida flood product marketed as an alternative to the National Flood Insurance Program. Despite four hurricanes, TypTap has since maintained profitability on $15 million in written premiums out of Florida’s $900 million flood market.

“For Florida homeowners, we provide an enhanced 20 percent commission on new business and industry-standard 10 percent for renewals,” he continues. “This is a significant incentive for bringing us the best risks.”

Going nationwide by 2030
Now, TypTap is taking on the $105 billion U.S. homeowners market nationally with a near-term goal of gaining $5 billion in written premiums. It’s on pace to expand TypTap Home to 20 states beginning in early 2021, with the balance of states and territories to follow by decade-end.

Unsurprisingly, TypTap’s expansion strategy keeps profit at the fore. “We’re starting in states most willing to license new carriers and where our internal data forecasts profitability for us and our agents,” says Mitchell.

As for how much data is required, TypTap has already collected comprehensive details on 5.5 million Florida rooftops, which is about 98 percent, and is vacuuming up petabytes of data on homes where it’s expanding. “The goal is gathering data on 100 percent of rooftops in every state we enter,” says Patel.

From a purchasing perspective, the insurtech experience is familiar. Flood policies require answering just two questions and homeowners only five. Agents can complete a homeowners quote in less than a minute and bound policies are emailed to customers immediately after they’re digitally signed. The required printed version arrives shortly afterwards by postal mail.