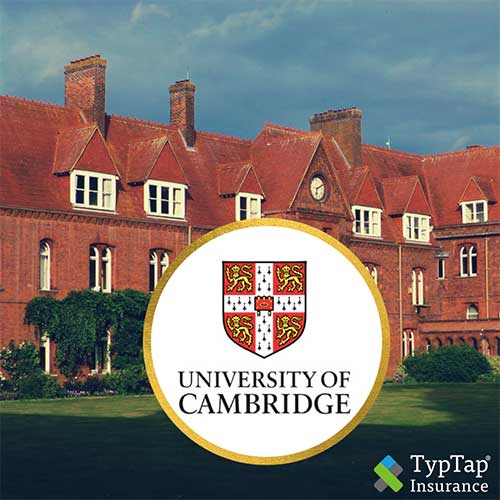 The University of Cambridge’s Girton College — whose alumni include Arianna Huffington; Margrethe II, the queen of Denmark; and Princess Takamado, a member of the Japanese imperial family — held a virtual commencement ceremony July 11 that included remarks from Tampa businessman Paresh Patel, the founder, chairman and CEO of insurance company HCI Group Inc.

Girton was established in 1869 as Cambridge’s first college for women, but it became coed and began to admit men in the late 1970s, when Patel, who was born in Kenya but grew up in India and then London — enrolled.

“At Girton, they made sure that what you got was perspective about lots of people from different parts of the world, people with different life experiences, different backgrounds, people with different aspirations and different interests,” Patel says in his remarks to the class of 2020. “We have always stood and guided our moral compass by what’s going to be on the right side of history. We believed in women’s education long before the world did.”

Patel, who studied electronic engineering at Girton, has certainly made the most of his education. In addition to launching HCI Group (NYSE: HCI), whose revenues exceeded $242 million in 2019, he was part of a group of investors from the Indo-U.S. Chamber of Commerce who founded NorthStar Bank in Tampa.

NorthStar, which in 2017 was acquired by Stuart-based SeaCoast Bank, wasn’t Patel’s only venture into banking. In 2011, he became chairman of Seminole-based First Home Bancorp and helped revive the fortunes of the then-struggling bank.

Patel was joined in delivering commencement remarks by Karen Pierce, a Girton alumna and veteran diplomat who serves as Great Britain’s ambassador to the U.S. In her video, she sums up the strangeness of the world that the class of 2020 are entering.

“Your graduation is, in many ways, very different from mine,” Pierce says. “I’d been to a party the night before, and I couldn’t find a hairbrush — something my mother commented on for many years afterward.”