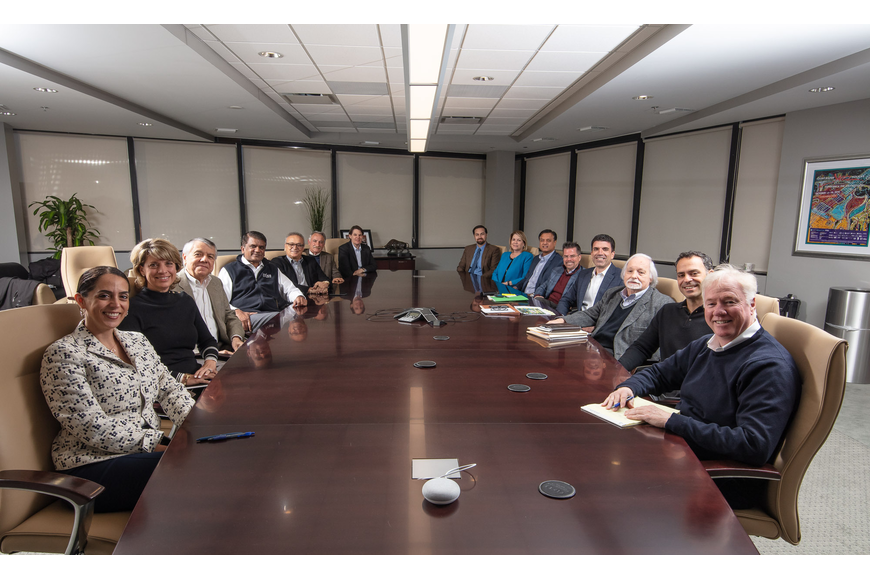 HCI Group takes a deep dive into boardroom diversity — starting internally. Its program could be a national model for solving what’s become a vexing issue for many executives.

Alexis Ohanian made some waves last June when he resigned from the board of the company he founded in 2005, online news aggregator and online community Reddit, with one request: he wanted to be replaced by a Black director.

The resignation, Ohanian wrote in social media posts, was a direct response to the diversity groundswell that came out of death of George Floyd while in police custody. A week later Y Combinator CEO Michael Seibel, a Black tech entrepreneur, replaced Ohanian on Reddit’s board.

While that’s somewhat of an outlier, a $242 million Tampa insurance company has been addressing the global (lack of) board diversity issue in a much more proactive, measured and sustainable way for three years. That company, HCI Group, does that through its Board Observer Program. The initiative, designed to expand diversity and perspectives in corporate boardrooms — beyond just HCI — trains selected professionals on topics like public company board operations, governance and law.

HCI Founder, Chairman and CEO Paresh Patel, who has been on two area community bank boards and was chairman of a Nasdaq-listed reinsurance company, says the program delivers one other goal: a diversity of life perspectives to boardrooms that can only come with a wider mix of people. “Certainly, making a corporate board more diverse is the right thing to do,” Patel says. “But what’s often lost in the conversation is how board members from different backgrounds can bring powerful, fresh ideas and perspectives to your company.”

HCI officials say the program, launched in 2018, is one of the only of its kind in the country from a publicly-traded company. HCI board observers actively participate in all meetings, only they aren’t allowed to vote, given SEC regulations and liability issues. HCI Board observers serve one year, starting in October, and are paid $50,000. (Full HCI board members are paid $100,000 a year.) Although a pair of alumni from the program were named full-time HCI board members, that’s not held out as a guarantee.

With experience in software, telecom and finance, Patel founded HCI, which stands for Homeowners Choice, in 2006 with four other area entrepreneurs and investors. The firm was a response to what executives believed was a big opportunity in homeowner’s insurance after multiple national insurance firms pulled out of Florida after the storms of 2004 and 2005. HCI has since grown to nearly $350 million in premiums and $242.47 million in revenue in 2019.

At first, the board was Patel and the co-founders. “We didn’t have any women,” Patel says. “It wasn’t something we were actively against. It just worked out that way. We weren’t trying to exclude anyone.”

As the company grew, Patel, 58, a native of Kenya and of Indian descent, with two degrees from the University of Cambridge, says the lack of diversity on HCI’s board gnawed at him. By 2016 he and the firm’s senior leaders began to look at the problem internally — not just chalk it up to a homogenous board applicant pool.

Six Tampa Bay area executives have gone through the HCI Board Observer Program so far, including two in the current 2020-2021 term. One of the current observers, human resources executive Bob Lopes, says the experience has been enlightening and educational.

Lopes spends from eight to 12 hours a month on board research and preparation. That work pays off, says Lopes, who is Black, because he and his fellow observer, Tampa litigation attorney Gitanjali Clark, are treated like full members. Patel and other board members challenge them, he says, and engage them in important company strategy and operations work. “If you were a fly on the wall at a board meeting,” says Lopes, chief human resources officer for Randstad North America and based in Tampa, “you would have a hard time figuring out who was a board observer and who isn’t.”

With diversity equity and inclusion becoming a hot topic in the boardroom and workforce, the HCI program, currently seeking its fourth cohort of observers, in some ways is ahead of its time.

One notable newcomer to the conversation: Nasdaq. In December, the stock exchange filed a proposal with the SEC to create a new listing rule that would require any company on its exchange to have at least two diverse directors. That includes one who self-identifies as a female and one who self-identifies as either an under-represented minority or LGBTQ+. The proposal is currently under SEC review.

The Nasdaq proposal follows legislation in California that requires publicly held companies headquartered in the state to include board members from underrepresented communities. Illinois, Massachusetts, New Jersey and New York recently introduced similar legislation, according to Catalyst, a global nonprofit that promotes women in the workplace programs and initiatives.

The U.S. Chamber of Commerce has also recently increased its focus on diversity in the boardroom. In an initiative announced Jan. 29, the chamber, in partnership with the National Association of Corporate Directors, announced a goal of identifying at least 250 Black business leaders to join NACD’s Accelerate program by 2022. That program, much like HCI, readies business leaders to be successful board members.

“This is really about creating long-term value for companies,” NACD CEO Peter Gleason said during a Jan. 29 webinar announcing the initiative. “Boardroom diversity leads to better oversight of risk, better dialogue among management and better understanding and oversight of reputational risk. And demonstrating board diversity at the top can really lead to better employee engagement.”

Gleason and several others on the webinar, including Nasdaq Global Head of Board Engagement Bryon Loflin, citied many of the statistics that drive the diversity push. In 2019, for example, 37% of S&P 500 firms did not have any Black board members. Also, Black directors comprise 4.1% of Russell 3000 board members.

Boards often cite the lack of qualified Black directors in the pipeline for board positions as the reason for their lack of diversity, said Gleason. But like Patel at HCI, he says that’s more because of looking in the wrong places, and an inertia-like strategy of doing things one way because that’s how it always has been done.

Gleason says the other pushback he hears to board diversity programs is a resistance to quotas  — something Patel worried could hinder the HCI program. Both executives contend the benefits of diversity, particularly in new and different perspectives derived from life and work experiences, far outweighs those concerns. “Within reason, none of us want the government to tell us how to run our business, but sometimes clear expectations need to be set,” Gleason said on the webinar. “We have quotas for all types of things in business — we typically call them targets or goals. We’ve all heard the phrase that what gets measured gets done.”

“We are trying to say that every group should be represented on the board,” Patel adds. “These are all well-qualified people. We are not just putting people on a board to fill a quota.”

Patel says the biggest challenge in the early going was finding enough qualified people to apply for board observer spots. That’s since grown, and with word of mouth and referrals, HCI had more than a dozen applicants for the current term.  Interested candidates can apply now for the 2021-2022 term.

Lopes, a current board observer, and  Sue Watts, a member of the 2018-2019 class, are good examples of both what HCI looks for in a candidate and what the candidates get out of the program. Watts, in top-level executive operations posts at Xerox, outsourcing firm Capgemeni and other firms, has spent a lot of time in boardrooms— presenting materials and reports. “I was more of an interloper,” she says. “I popped in and popped out.”

But with more than 30 years in business, Watts had ambitions to be on a public or private board. She sought to stretch herself and use her experience to help an entity in a different way than as an employee. She found out about the HCI program through a mutual friend of hers and Patel.

Watts’ term was a mutually beneficial partnership: the company got a new board member and Watts learned a new skill — the art of being a consultative, and sometimes authoritative, voice without getting into the operational weeds. “I’m here to help make it better, which is a new way of thinking about things,” she says. “Our job isn’t to do the work — it’s for us to listen and be inquisitive.”

Another 2018-2019 observer program participant, Deloitte & Touche Audit Partner Loreen Spencer, has joined Watts in becoming a full-time HCI board member. The HCI board now has eight members, with Watts and Spencer being the two women. The board has no Black directors, but does have two people of Indian descent, Patel and Jay Madhu.

Watts has another goal with the program: to create a board observer alumni base, a group of business leaders who know and get the company’s mission and can help spread it in their own networks. For Patel, that’s another bonus of the program, and he looks forward to having more observers. “This has been a rip-roaring success,” he says. “We are trying to change the world two people at a time.”